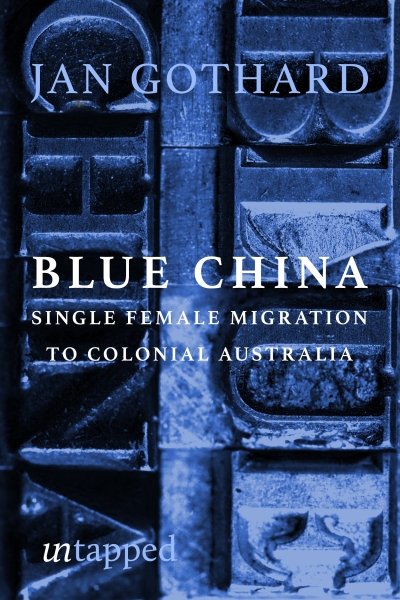 Blue China is an award-winning examination of the emigration of single working-class British women to the Australian colonies in the latter half of the nineteenth century.

This form of emigration was voluntary and extensive—with the number of female emigrants outnumbering convicts almost four to one—yet stigmatised, as distinguished historian Jan Gothard reveals in this meticulously researched work. Combining analysis of the changing policy landscape and differing practices across colonies, and the women’s own stories, this important book shines a light on women’s experiences that have been lost in the wider colonial narrative.

‘The whole subject of single female migration is far more complex than the reader might have assumed, and Gothard weaves her considerable research into a human-interest document of great appeal.’ —History West

First published in 2001, Blue China won the WA Premier’s Book Award for Non-Fiction in 2001. Jan Gothard has lectured in history and been Director of the Centre for Western Australian History. Her books include, along with the acclaimed Blue China (2001), Legacies of White Australia: Race, culture and nation (2003) co-edited with Laksiri Jayasuriya and David Walker and The Historical Encyclopedia of Western Australia (2009), co-edited with Jenny Gregory.