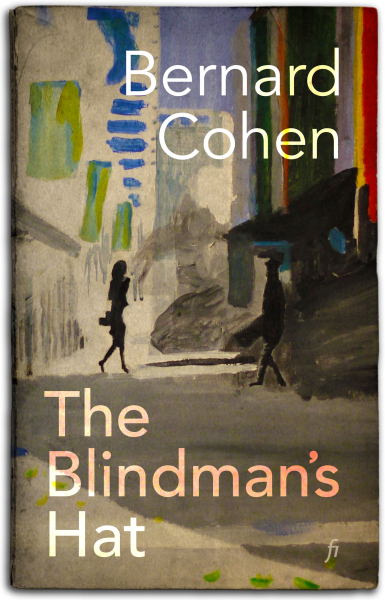 Vernon is an expatriate Australian journalist working in Manhattan for a quality New York daily and Dida is a freelance mobile telephone technician. Muffy is Vernon’s little white dog – and the world’s cutest urban philosopher. When Vernon falls so deeply in love with Dida that he stops going to work to be with her, they could not have predicted his former employers would ask, plead, beg, threaten, kidnap and probably even murder to convince Vernon to return to the workplace.

Vernon, Dida and Muffy determine to get to the bottom of all this. They search through dodgy Wall Street transactions, oppressive correspondence and muffled answering machine messages, and confront good twin/bad twin routines and failed hypnotherapy. Always, Vernon worries about his dwindling Australianness.

“Cohen’s loopy, hilarious, perceptive, racy and sexy murder mystery... manages to sustain the suspense of a thriller, the panache of a stand-up comic and the skill of a serious satirist... Just when you think, too, that Cohen’s wacky humour may have pushed the boundary, he drops us back into the seriousness of the murder mystery, or the machinations of high-finance swindles, or the workings of a modern-day newspaper. Some of Muffy’s observations are worthy of that highest of honours—to be pinned to the fridge. This novel is a refreshing breeze through Australian writing. The tension is handles with the skill of a five-ball juggler, the language sharp and the tone unwavering. The Blindman’s Hat is great fun. A hoot.” — The Australian.

“Imagine a novel that reads like an extended, off-the-wall cartoon strip, a textual version of Wallace and Grommet, in which man and dog find themselves in New York at the mercy of inexplicable events and bizarre encounters. Imagine an expatriate Australian journalist called Vernon who is on the run from the American newspaper he used to work for and a dog called Muffy who is prone to philosophise on human habits and foibles. Imagine that a blindman called Steve goes missing and that Vernon, his girlfriend Dida and Muffy get caught up in the search for the missing man. Imagine that anything can happen and very likely will. This winner of last year’s Vogel Prize is mad-cap absurdism at its most mad-cap” — (Melbourne) Age

“The two narrators of The Blindman’s Hat complement each other well: Vernon is impulsive, anxious, playful and paranoid, while Muffy’s philosophical reflections, scattered through the novel, reveal a much darker, more complex sensibility. The Blindman’s Hat has a cool, charming, cartoonish quality from first to last, and the exuberant paranoia of a caper movie...” — Philippa Hawker, Australian Book Review