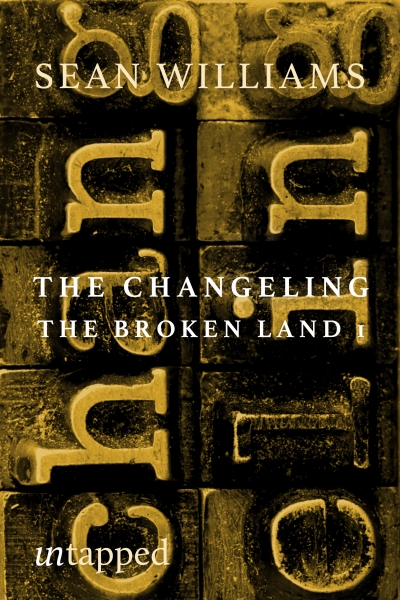 The Changeling is the first book in internationally bestselling author Sean Williams’ Broken Land trilogy. Set in the same dark fantasy world as his award-winning Books of the Change series, where the deserts are red, the coastlines long and, as young Ros finds, families sacrifice their own children for water. Escape is his only option, and he manages it on a stolen camel—but what next? If he can learn to control the force known as ‘the Change’, he might have a chance…

‘In a smashed and parched land so reminiscent of the back-slopes of the Mt Lofty Ranges in summer, the beautifully grim and driving narrative had me hooked, deeply anxious to learn Ros’ fate. Sean Williams is an acknowledged master of adult stories, and in The Changeling he proves that wonderful and terrible tales for younger folk are well within the ambit of his prodigiously talented and prolific pen.’ — David Cornish

First published in 2008, The Changeling was shortlisted for an Aurealis Award for Excellence in Australian Speculative Fiction that same year.

Sean Williams has been described by Aurealis Magazine as ‘without doubt the premier Australian speculative fiction writer of the age’. He writes fantasy and science fiction and has co-authored Star Wars novelisations with Shane Dix and the EX series with Garth Nix. For more information visit his website at seanwilliams.com.