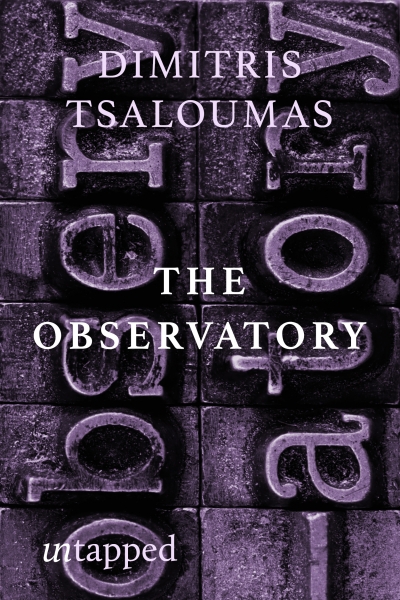 An award-winning poetry collection from Dimitris Tsaloumas presented in the original Greek as well as with English translations by Philip Grundy.

In a review titled ‘Master of Imagery’, Susan McKernan writes: ‘Dimitris Tsaloumas is a poet who has lived in Australia for 30 years. He has had several books of poetry published but because he writes in Greek his work is relatively unknown in Australia.’ She concludes: ‘Grundy has done English readers a great service in translating these poems. Australian contemporary literature is not so rich that we can afford to ignore writers working in other languages.’ — The Canberra Times, 1983

McKernan’s observation about The Observatory remains true today when Australian publishing still largely resists translating works, yet our society is more culturally diverse than ever.