Great review of The Storyteller and his Three Daughters 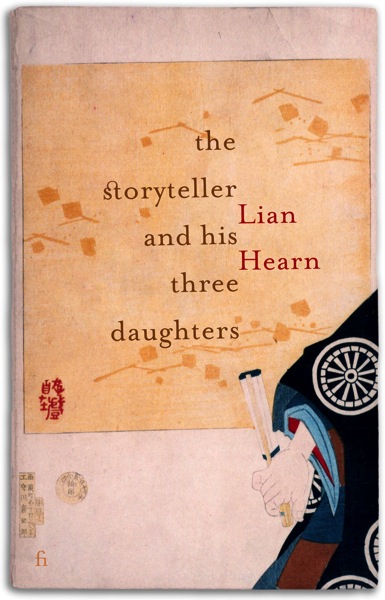 The Shogun-ki at the Samurai Archives Japanese History Page has a new and in-depth review of Lian Hearn’s The Storyteller and his Three Daughters:

In our opinion, Hearn writes the best researched, most accurate Japanese historical fiction to be had. Her previous book, Blossoms and Shadows, is the last word in historical fiction dealing with Japan (and one of its characters—medical student Itasaki Michi—is a major character in “The Storyteller”). It was a masterpiece of blending fiction and fact. The level of research and her ability to weave it into the threads of her storyline was unsurpassed, and she’s brought the same approach to “The Storyteller”. However, “The Storyteller” is a far more accessible tale… Hearn gives it a light touch, never allowing the historical connections to draw attention from the story.

The Storyteller and His Three Daughters manages to combine a story of intrigue and national issues with a simple tale of a family’s love and the bonds between them. It provides a microcosm of how Japan dealt with the rapidly changing times of the Meiji period… When Sei ends his story with the traditional rakugo ending of “And now I leave you in the capable hands of the next story”, one only wants to hear that next story. We hope that Lian Hearn will oblige.

With ever less space available for book reviews in the traditional media, it’s terrific to see online publications, blogs and forums stepping up with thorough and thoughtful reviews. It’s also gratifying to note that this review is of the electronic edition of the book.