Two excellent reviews of The Secret Maker of the World 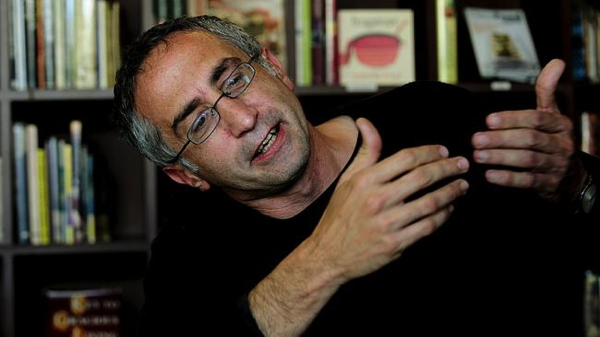 It’s great to see two new reviews of Abbas El-Zein’s collection of short stories, The Secret Maker of the World. First up is Portia Lindsay in The Australian:

Abbas El-Zein’s acclaimed 2009 memoir Leave to Remain details his life in Beirut and beyond, and the NSW Premier’s Literary Awards judges at the time said it “captures the complexities of identity and politics, history and religion across time and space”.

The short stories of The Secret Maker of the World pick up this thread, beginning with a story set in war-torn Beirut and spinning outwards through the personal and political conflicts of a diverse cast of characters…

El-Zein’s tales have a global sensibility, sweeping through cultural clashes with stark revelation and flashes of humour.

Then we have David Sornig for The Melbourne Review, who compares the collection to his favourite classic rock albums, which are:

more-or-less no bullshit rock’n’roll, of the kind that’s kinked with a storytelling style that’s sometimes swaggering, sometimes sharp-witted, but mostly just straight from the heart. There’s ventriloquism there, but it seems to come from a place that its makers think is true.

Sornig singles out one of my favourite stories from the collection, “Bird’s Eye”, which tracks the medieval geographer Yaqut Al Hamaoui through the doomed city of Merv:

Its style recalls the novels of Orhan Pamuk, particularly in its close following of its central character’s deliberations, the sweeping back and forth between imagination, memory, dream and reality. Borges is there too, in the moment Yaqut loses himself while writing in a confusion, a sudden realisation that he might not be himself, but rather ‘the tool of some divine science; a poor go-between in the service of a bigger and better intelligence.’

The UQP edition of The Secret Maker of the World is now available as an e-book in Australia and New Zealand through the Kindle Store, the iBookstore and other outlets. Everywhere else in the world, you can buy the Ligature e-book direct from us or from your preferred e-bookstore.