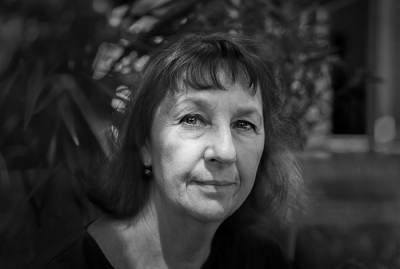 Rosalie’s novels have now sold over 300,000 copies in Australia and internationally.

Rosalie Ham was born and raised in Jerilderie, New South Wales population 800. Returning to Australia after seeing the world, Rosalie ‘rushed to university because Gough Whitlam made it possible’, enrolling in Drama and Literature.

But it was the story that ignited her flame and, having moved on to creative writing, Rosalie ‘skewed a few accumulated secrets’ and wrote her first novel, The Dressmaker (published in 2000). Further novels are Summer at Mount Hope (2005), There Should be More Dancing (2011) and The Year of the Farmer (2018).

Described as a ‘gifted storyteller’ with ideas that are ‘fresh, unusual and entertaining,’ Rosalie’s stories are new, but recognisable beyond Australia. Using the stereotype to subvert the cliché, and always seeking to surprise the reader, she sheds new light on universal verities.

The Dressmaker was brought to life on screen in 2015. The film, produced by Rosalie’s Jerilderie friend, Sue Maslin, won five AACTA awards including Best Actress for Kate Winslet and Best Supporting Actress for Judy Davis. It was adapted for the screen and directed by Jocelyn Moorhouse and also stars Liam Hemsworth and Hugo Weaving along with a many other fine Australian performers including Sarah Snook, Sacha Horler and Rebecca Gibney. It was also voted People’s Choice Award for Favourite Australian Film.

The Dressmaker is a long-standing popular presence on the VCE Literature List and the English Studies reading list, but when asked, Rosalie cites her third novel, There Should be More Dancing, as her favourite.

Rosalie lives in Melbourne and, when she is not writing, teaches literature and addresses students and study groups on her books and writing in general. She holds a BA in Education and a Master of Arts in Creative Writing. 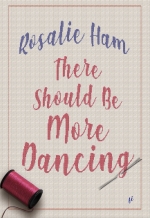 There Should Be More Dancing