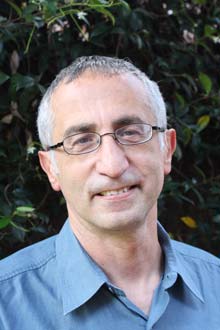 Abbas El-Zein was born and raised in Beirut. Although he came from a family of religious scholars, he attended a French secular school and studied civil engineering at the American University of Beirut. He has lived in the UK, France and Australia and has travelled in Europe, America, the Arab world and Asia.

Abbas has published essays and short stories about war, identity and displacement for HEAT Magazine, The New York Times, The Guardian, The Age, Meanjin and Tank Magazine, among others. His first novel, Tell the Running Water, is set in Beirut and tells the intersecting stories of two young men and a woman coming to terms with the violence around them. His memoir, Leave to Remain, is an autobiographical meditation war, identity and East-West relations, and won a New South Wales Premier literary award in 2010. The Secret Maker of the World, a collection of short stories about violence, justice, love and loss, set in different continents and eras, is published in Australia by the University of Queensland Press and internationally by Ligature in early 2014.

Abbas lectures in environmental engineering at the University of Sydney and has written on environmental and climate change issues. He lives in Sydney with his wife Ann and their sons Ali and Sami.

The Secret Maker of the World