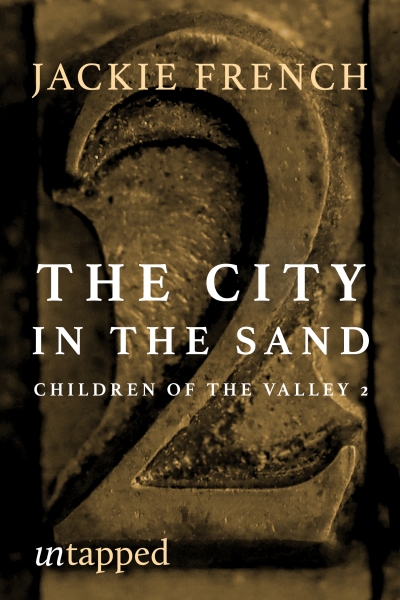 The City in the Sand

The City in the Sand

Possum and Mopoke, with the old Collector Desert Wind as their guide, leave the Valley again to brave the world outside, where it’s harsh, dry and so hot you can’t go out during the day. This time they’re in search of the marshes full of birds. It’s only five nights’ walk, but across mountains and desert. It’s hard and dangerous, and who knows what’s out there. Some say there’s a city in the sand, like they used to have in the olden days, before the wild years and everything changed...

Originally published in 1992, The City of the Sand is the second book in internationally bestselling and much loved author Jackie French’s Children of the Valley series, a five-part dystopian series presciently written long before the trend for dystopian children’s and young adult fiction emerged – or climate change was a global concern.

According to her website, ‘Jackie French AM is an Australian author, historian, ecologist and honorary wombat (part time), 2014–2015 Australian Children’s Laureate and 2015 Senior Australian of the Year.’ She’s written over 200 books, which range from picture books and books for younger readers, to historical fiction for adults, to non-fiction about gardening and ecology. Her books have been won a wide range of prizes both in Australia and internationally. For more visit www.jackiefrench.com.