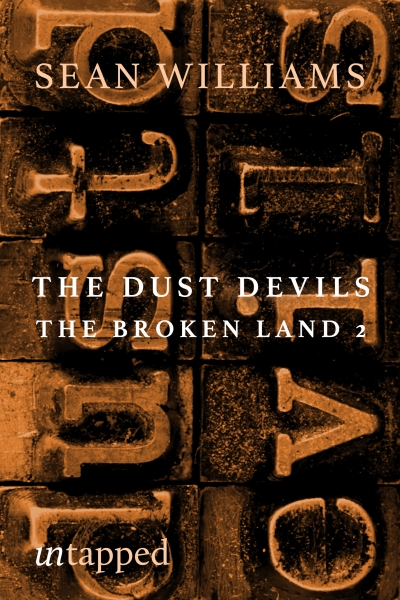 The Dust Devils is the second book in internationally bestselling author Sean Williams’ Broken Land trilogy. Ros is alone once again in the desert with his camel. His friend Adi’s spirit is with him—but that isn’t where it should be. And while the desert might seem empty, it’s full of danger. How is he going to survive the Dust Devils, the sand bandits—and get Adi’s spirit back to her body before it’s too late?

‘something special indeed, as readable by adults as it is by younger people. ... riveting and one not to be missed.’ — West Australian

‘a master-piece of speculative fiction... [Williams’] skill is as limitless as the universe.’ — Aurealis Magazine

First published in 2008, The Dust Devils was shortlisted in the Aurealis Awards for Excellence in Australian Speculative Fiction the following year.

Sean Williams has been described by Aurealis Magazine as ‘without doubt the premier Australian speculative fiction writer of the age’. He writes fantasy and science fiction and has co-authored Star Wars novelisations with Shane Dix and the EX series with Garth Nix. For more information visit his website at seanwilliams.com.