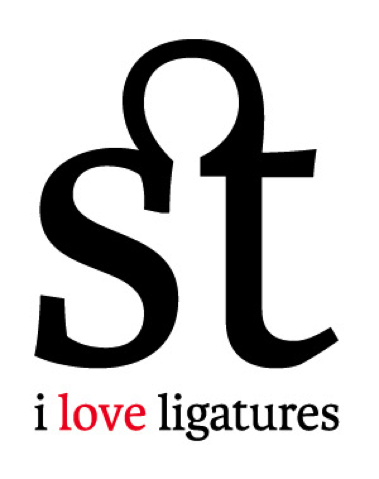 Ligature’s Tumblr of basically forever is, inescapably, I Love Ligatures (dot tumblr dot com), which since 2011 has been collecting examples of typographic ligatures (and some associated letterforms, like swashes and, basically, cursive). There are some inspired selections, like this disappearing RSVP, this elegant logo and this admirable tattoo, and some that have been under our noses forever, like the venerable Star Wars logo. Check out the archive for some more ligaterrific designs.